Last Saturday was devoted entirely to our steam engine 50 3570. Here too some maintenance work had to be done. The colleagues removed the piston valves in the two steam chests in order to clean them and examine them for damages. Here are two pictures of the removal: 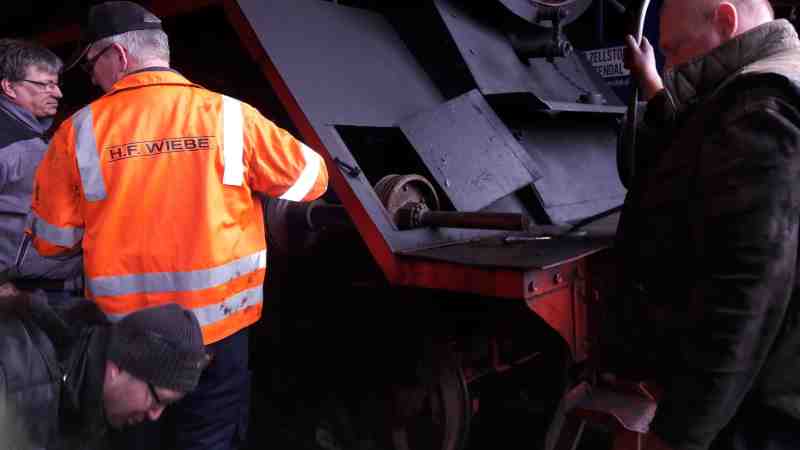 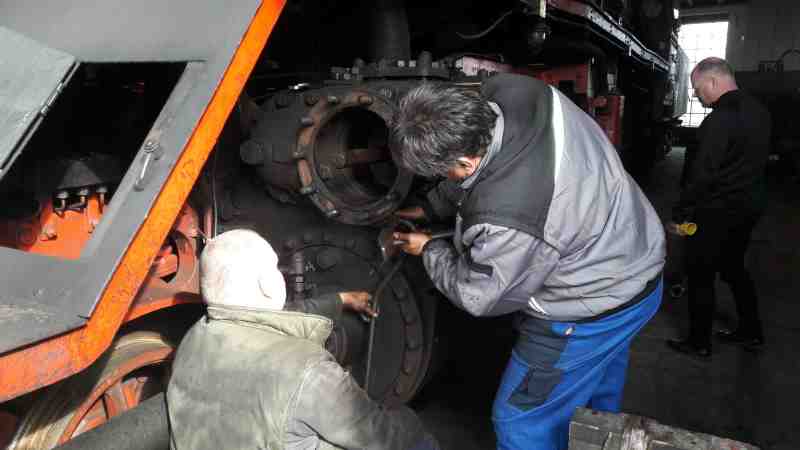 In the first picture you can still see the piston behind the maintenance flap. In the second picture the piston has already been removed. You can see the empty liner of the valve chest at the top and the circular cover of the steam cylinder below.
After removal of the piston valve, the piston rings which seal the pistons heads aginst the liner were removed, . 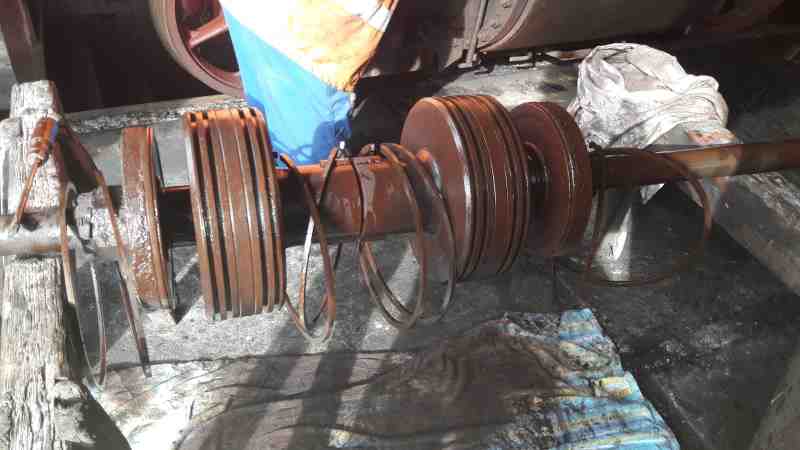 Then the piston ring grooves were cleaned of dirt. Our colleague still looks happy before the work starts - he is still relatively clean... 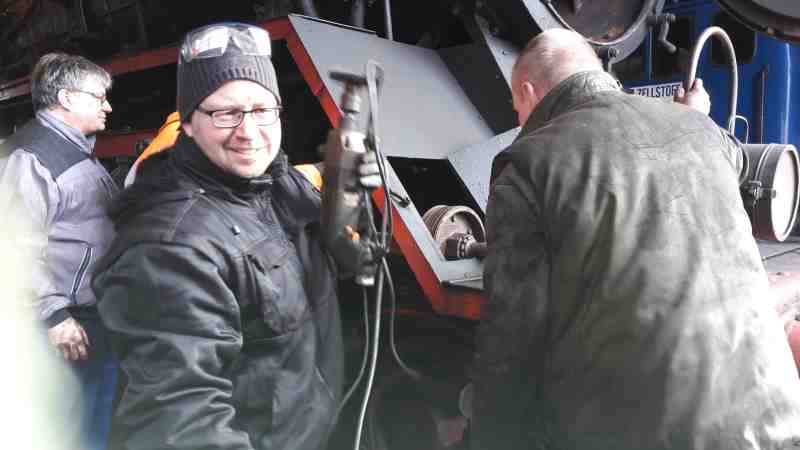 Since all this is difficult to explain, here is a small animation we have taken from the internet page https://de.wikipedia.org/wiki/Steuerung_(steam engine). You can see the cutaway cylinder to the right of the driving axles of the locomotive. On the top is the steam chest with the piston valves, below is the steam cylinder. Depending on the direction in which the locomotive is to travel and the position of the piston valves, steam is either admitted to the steam cylinders through the valve ports or exhausted. If the direction of travel is to be changed, the valve is moved in the steam chest in such a way that the other side of the piston head has live steam applied to it.