At the beginning of April, we reported that the steam locomotive originally built by Orenstein & Koppel for Karlsruhe gasworks has found its way into our museum. The following pictures show it after being loaded onto a low loader on its way to our museum and after unloading in front of our locomotive shed. 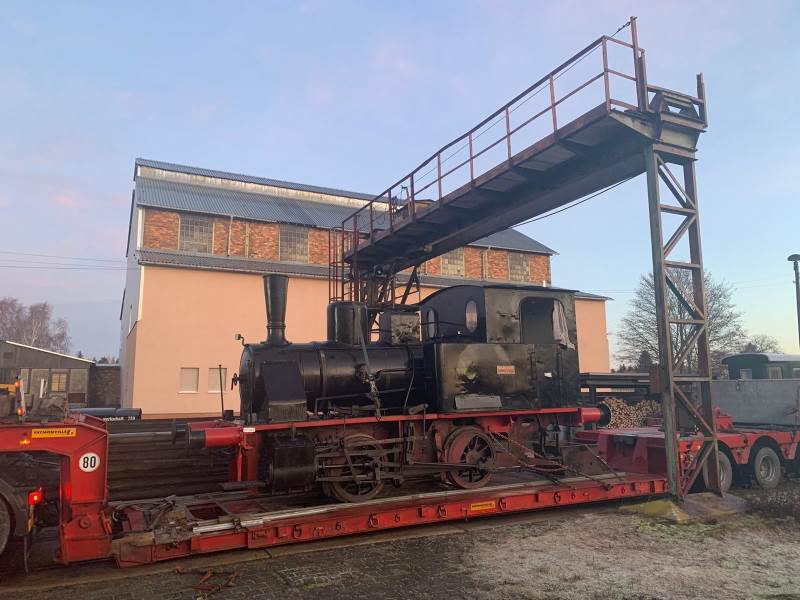 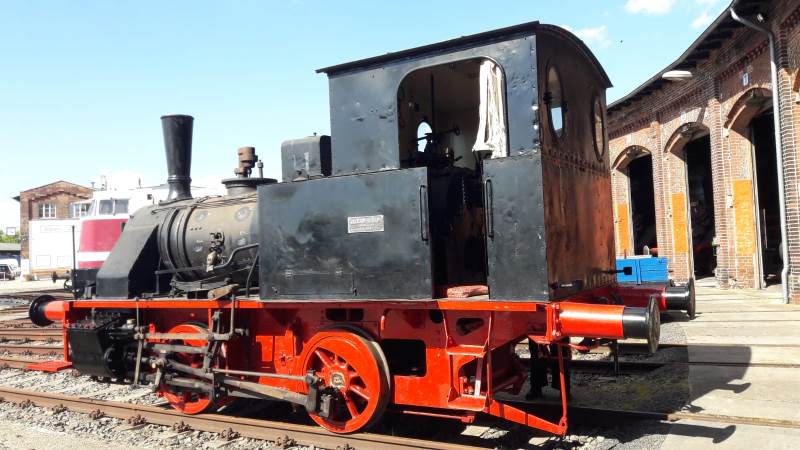 The owner aims to restore her to working order. In the last few days and weeks we have been working intensively and of course in compliance with all distance rules on our new acquisition, which so far only bears the working title Karlsruhe. As the boiler in particular is the critical element in such a project, we have paid special attention to it. First of all, all the tubes inside were removed and the thickness of the boiler was measured. This gave us some quite interesting light effects when a lamp was shone through the now empty tube plates. 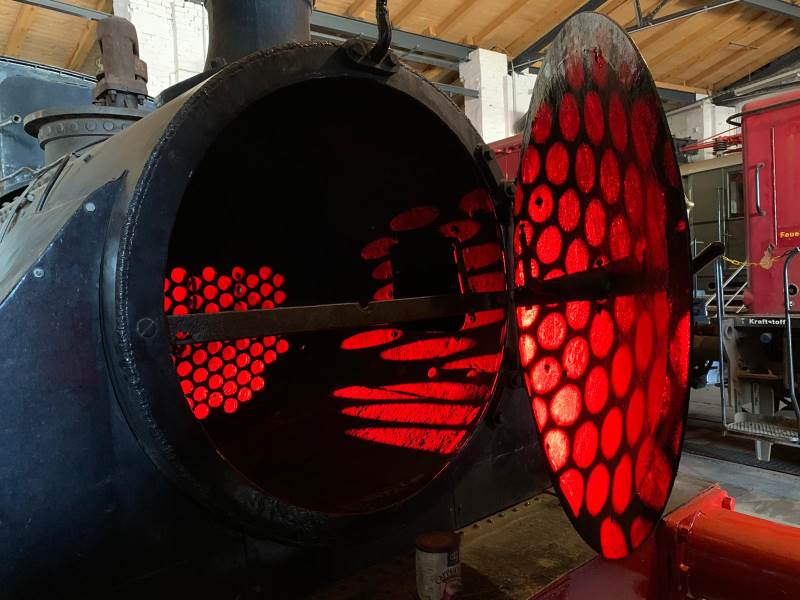 We are pleased that the boiler inspector has now given the green light for the recommissioning. So now it's time to refurbish parts, or to produce new parts to replace those which are too badly worn to be refurbished.
At present, some sheet metal parts are being manufactured at the Bleckede engineering works. One of them is the ash pan. This is a container under the fire grate into which ashes from the fire fall so that they do not land on the tracks during running. The following picture shows the original on the left, on the right the newly-fabricated ash pan. 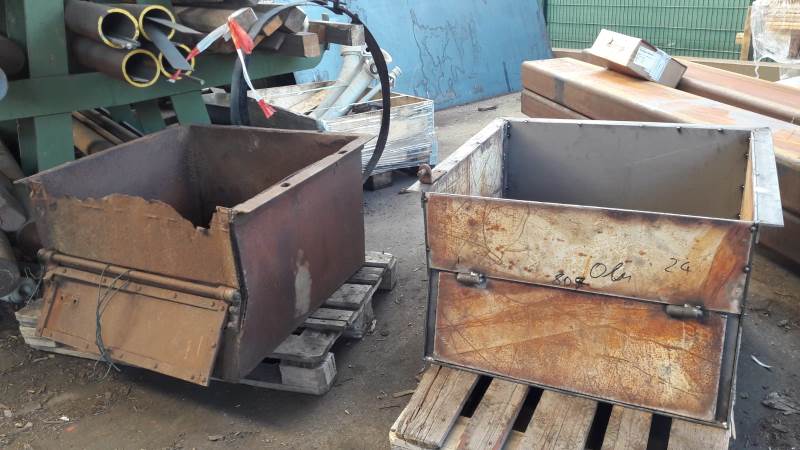 In addition, several sections of the pipework have been renewed. The following pictures show work on the inlet steam pipes, i.e. those connecting the boiler and the cylinders of the engine. 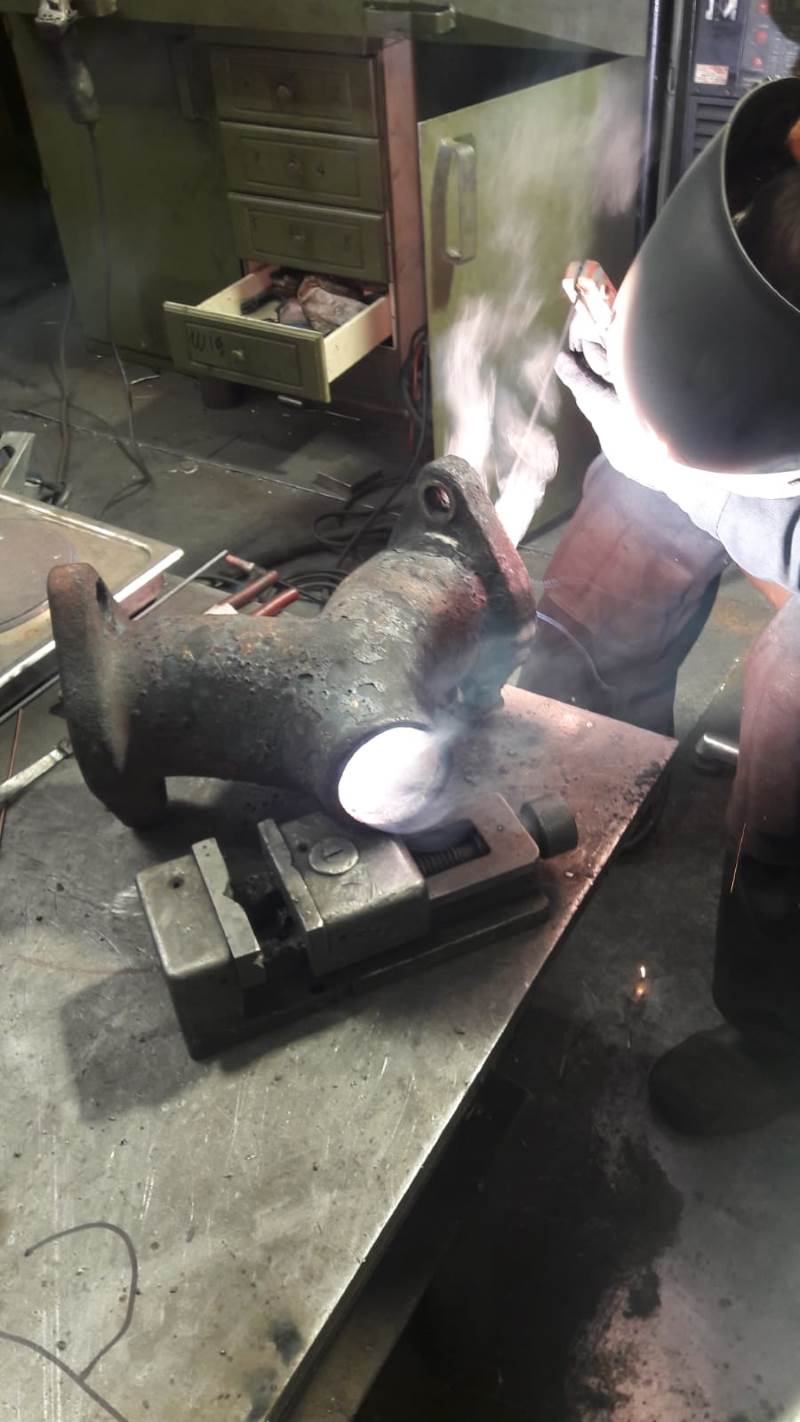 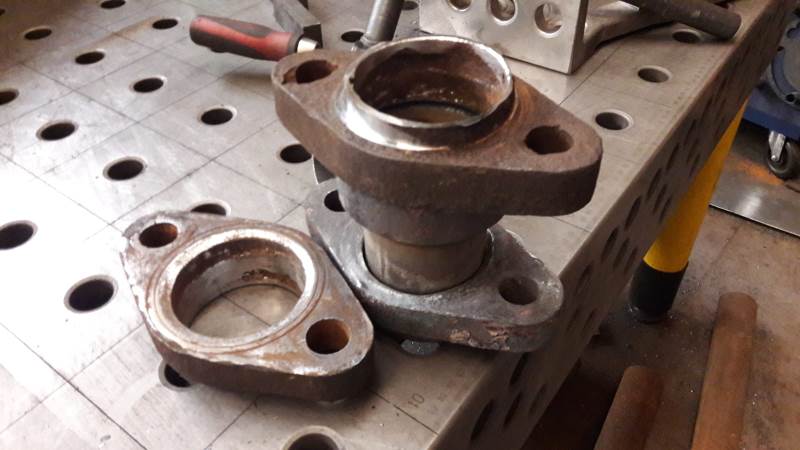 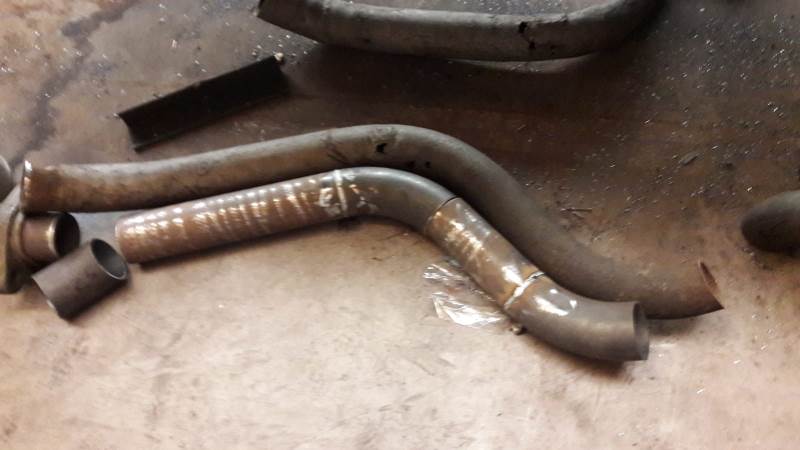