Last week, a member of the association received an offer to take over replacement engines for the shunting locomotives of a roof tile factory in Karstädt. The company already existed in GDR times and at that time sent its goods by rail, which is why it had two locomotives of the V10B series. After the reunification, the transport was gradually shifted to the road and the locomotives became unemployed. 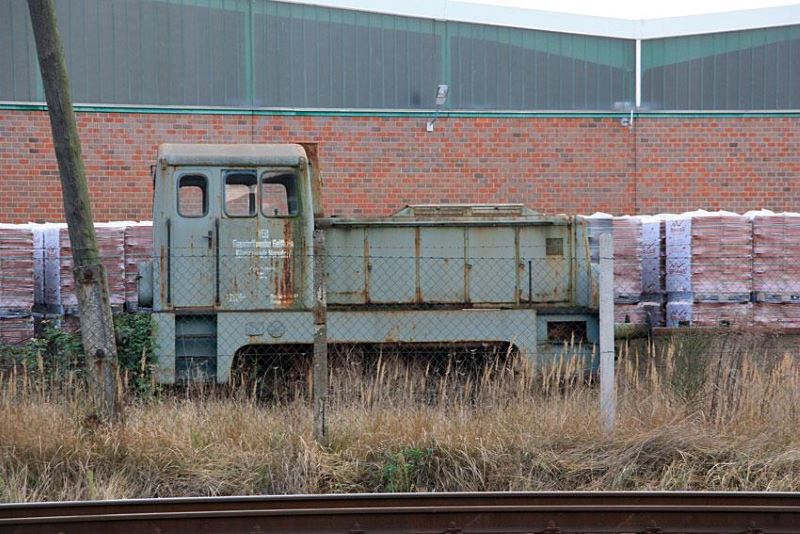 In order to ensure that the works locomotives were ready for operation, the company had a fairly large stock of spare parts, including two spare engines. 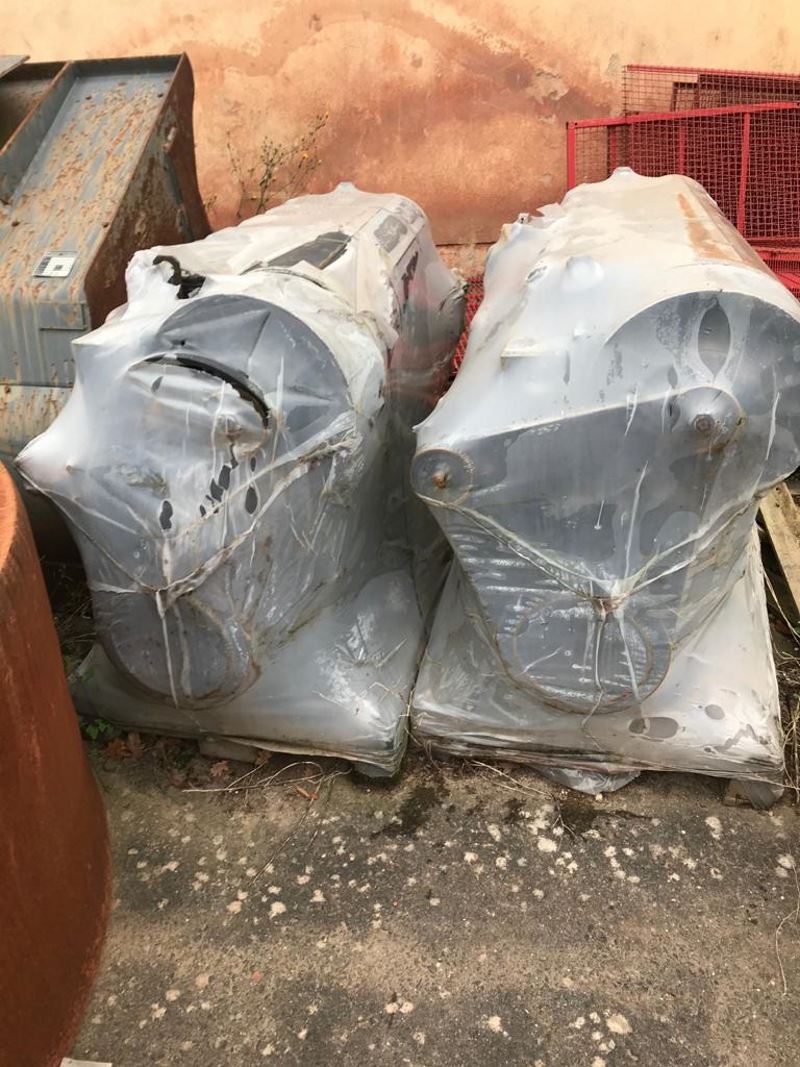 As the spare parts store was now closed down, the company was looking for a buyer for the motors. We gladly took them over and were able to pick them up on November, 27th. 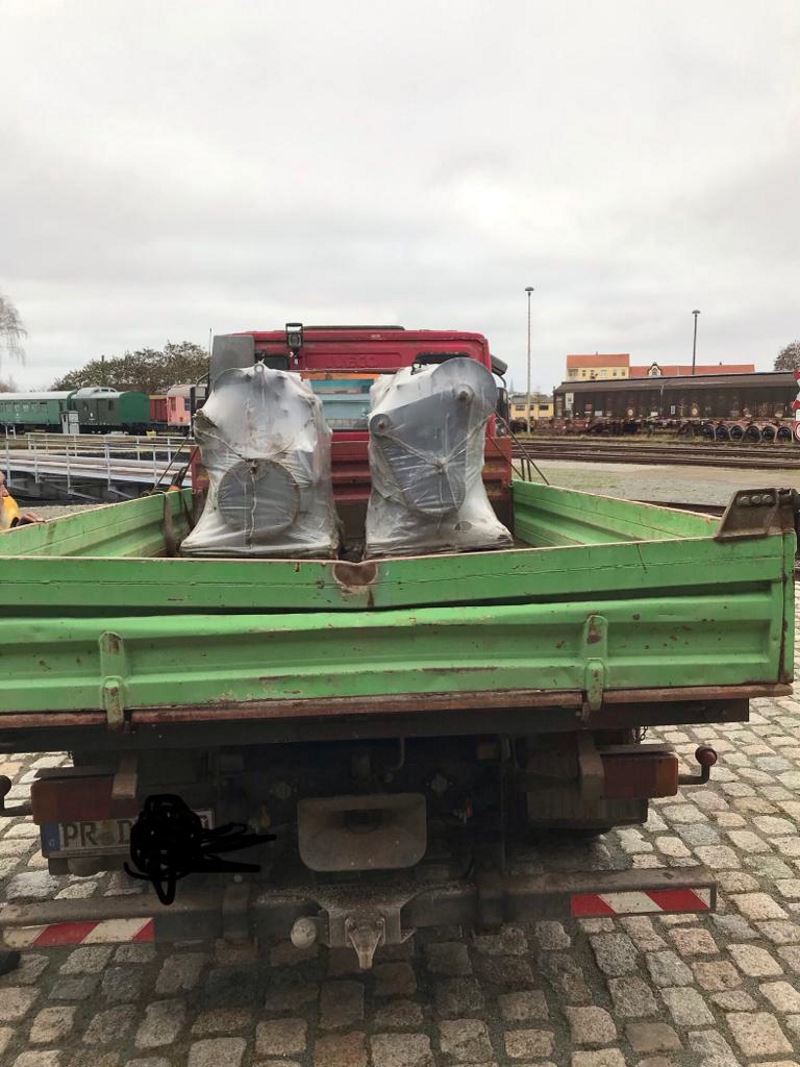 At the weekend they were unloaded and subjected to an initial inspection. 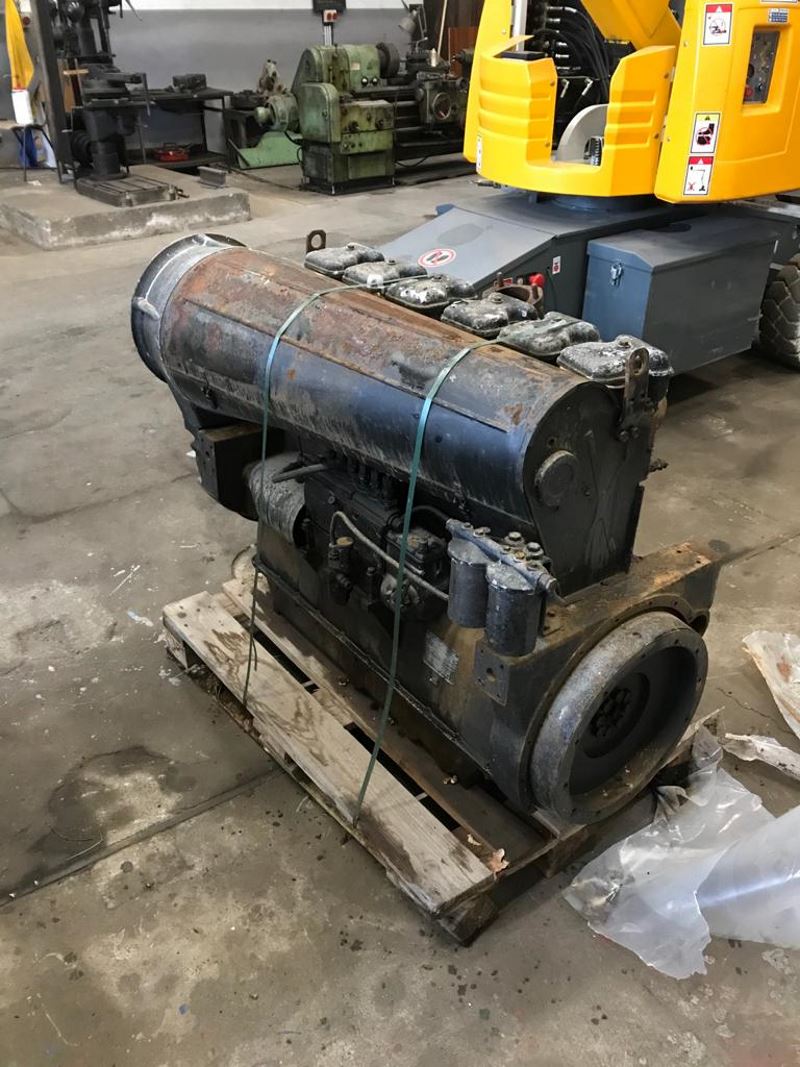 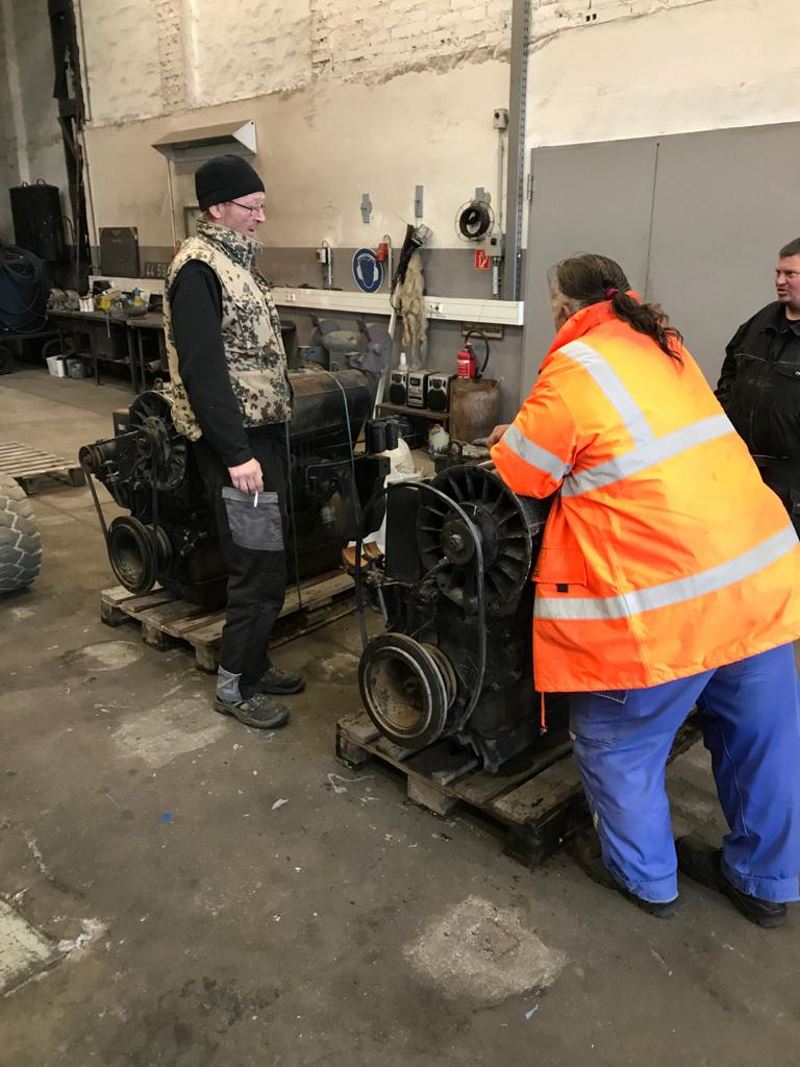 For technology fans: These are air-cooled engines of the 6 KVD 14.5 SRL series from the VEB IFA engine plant in Schönebeck near Magdeburg. With their six cylinders they only produce 120 hp, but they are very durable and were also installed in trucks, construction and agricultural machinery in GDR times.
Also worth mentioning: On November, 27th, the museum also received a truckload of hard coal from Poland. We bought the coal just in time before the end of the year, because the CO2 tax will be increased in 2021 and the fuel for our steam locomotives will then be much more expensive.