After the winter has mercilessly struck in the past few days, we would like to show you, dear readers of our news, a few impressions from the museum site. Wintertime does indeed have some beautiful sides, especially when the sky is azure blue and the sun is shining.
In the first picture the sun is shining through the rear windows of the locomotive shed and touches the passenger coach, which is used from time to time for round trips in the area. 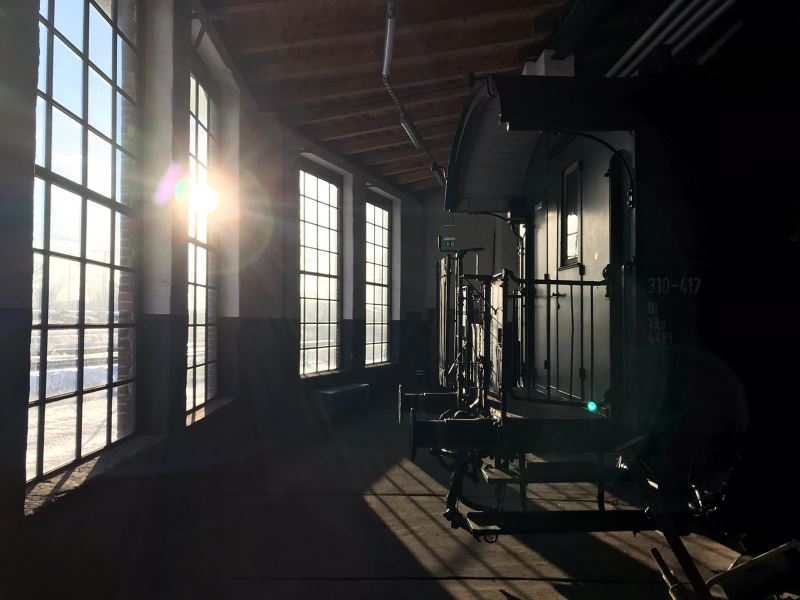 The next pictures show unused tracks and a bit of still life with winter atmosphere from the museum's track area. 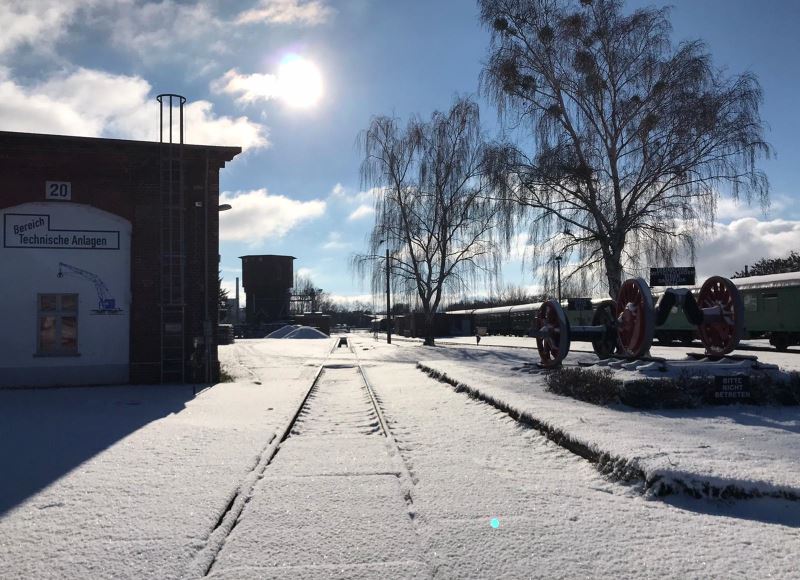 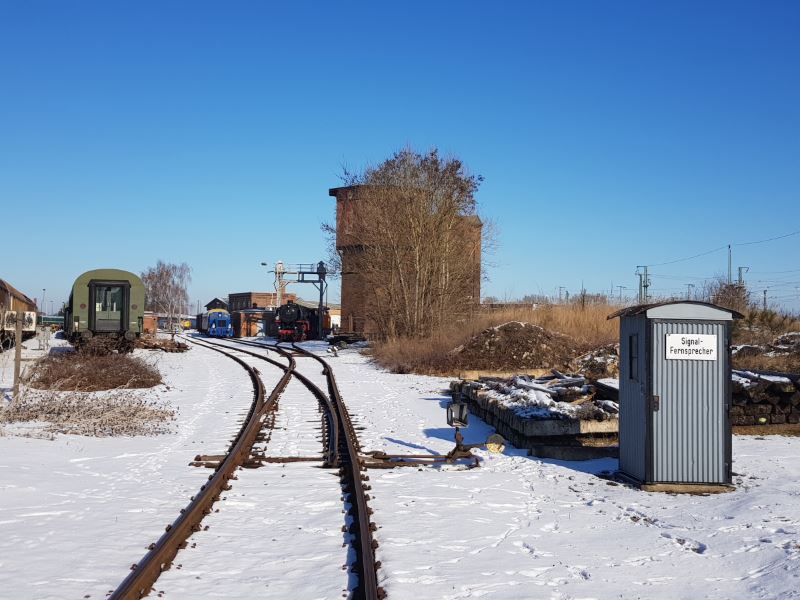 The 221 106 of the Potsdam railway company (EGP) is parked in front of the former dispatcher's building. The mighty diesel locomotive was mainly used for freight service in the Prignitz region in recent years and is now waiting for a workshop appointment. 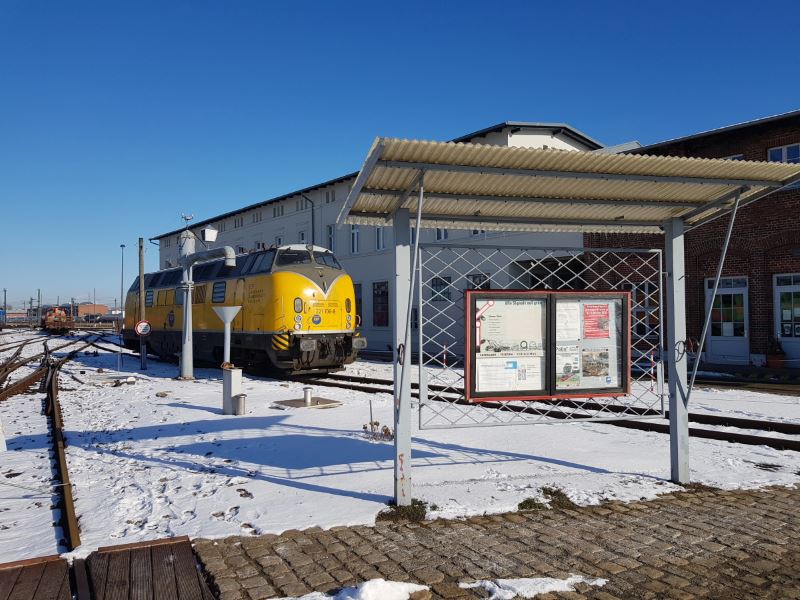 Unfortunately, the idyll had to be disturbed a bit today, because some shunting was going on. Our steam locomotive 44 and the diesel locomotive V60 were moved to the side. 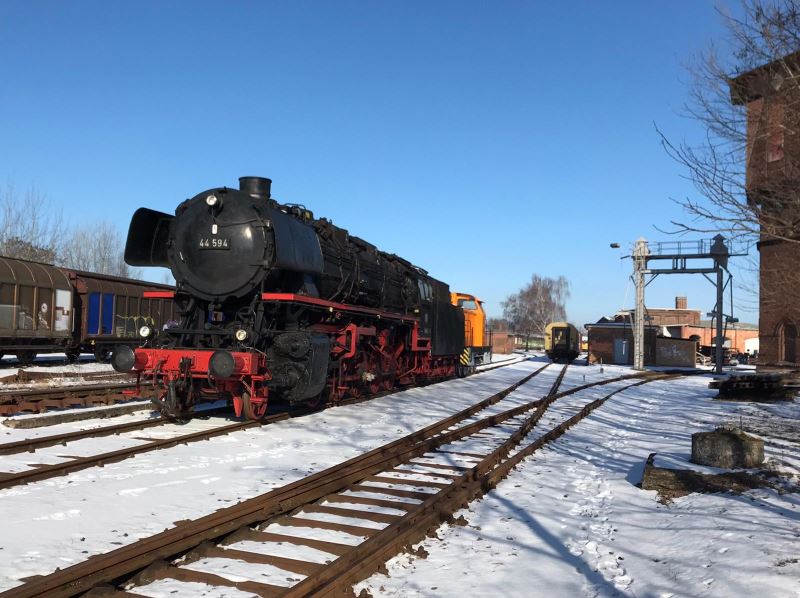 As part of the shunting trips, the Magdeburg side of the station was also used. The following picture shows one of our diesel locomotives V23 on its way there. 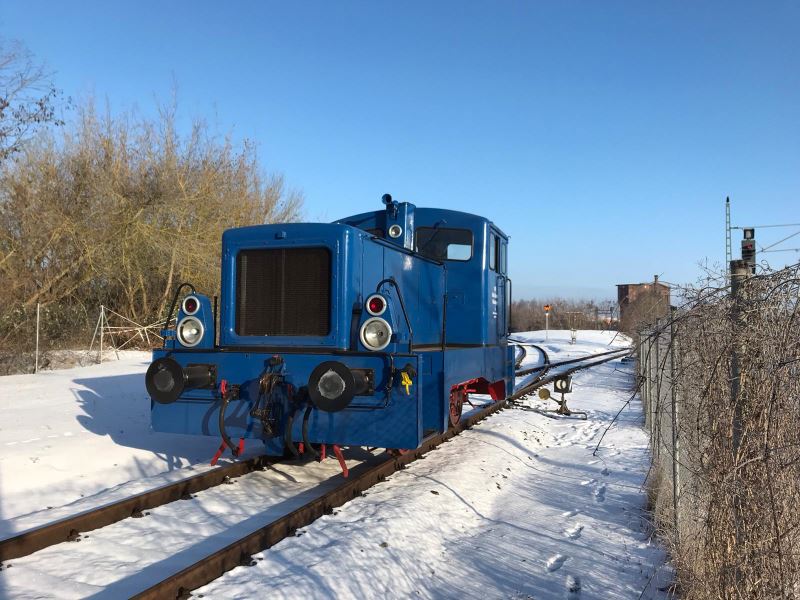 As all points in the shunting district on the Magdeburg side are operated by signal box Wm, the shunter has to communicate with the signalman via telephone. 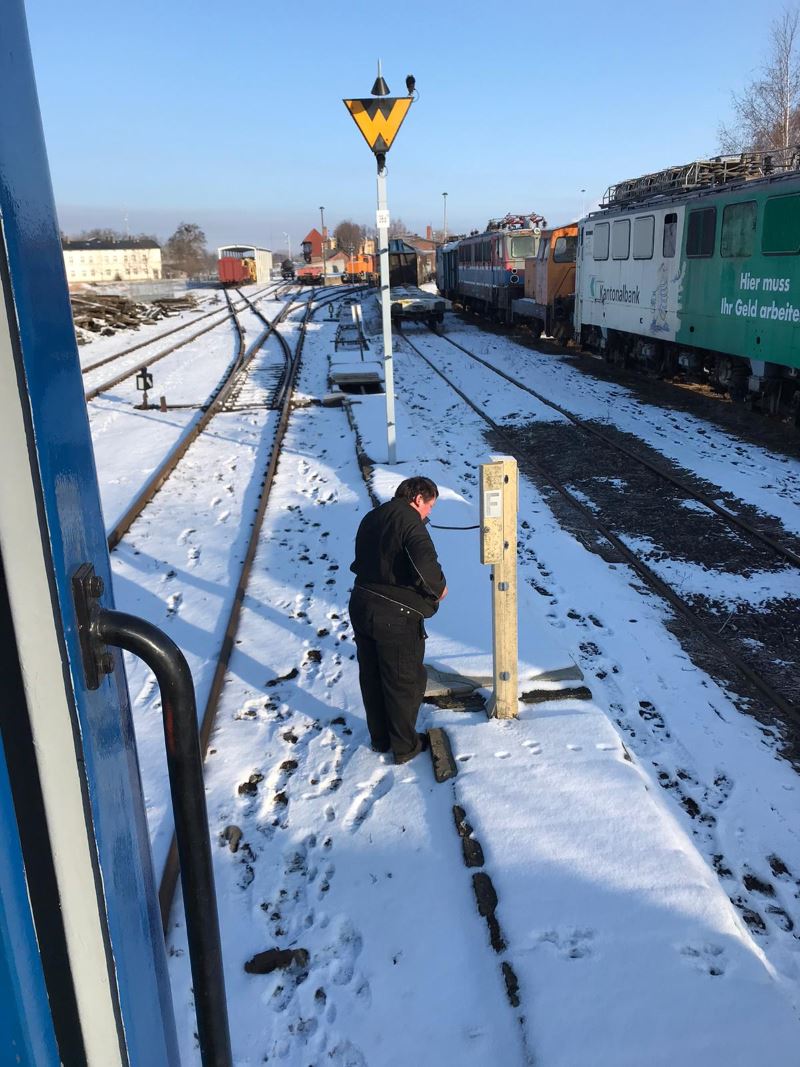 This shunting district will soon get more technical equipment: The new shunting signal is now technically repaired and waiting to be installed. We deliberately show the picture rotated by 90 degrees because the signal is to be installed as shown. We are now waiting for the frost to end so that a foundation can be made for it and the connecting cable from the signal box to its location can be laid or connected. 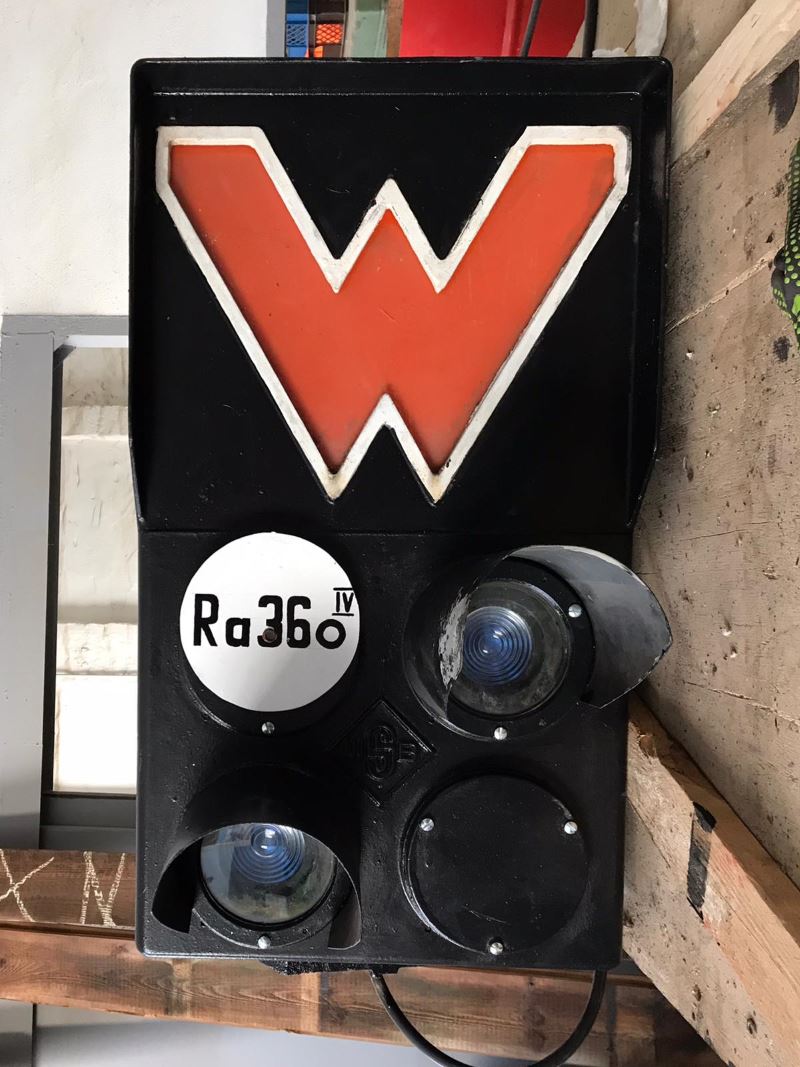