A few weeks ago, we already took a look at our water tower for you, dear readers. There you saw the large storage tank where the water for our steam locomotives is kept.
Today we want to show you where this water comes from. For this we have two "sources" that date back to the early days of the railway depot in the late 19th century. On the one hand, there is an underground inflow from the little river Stepenitz, which runs behind the railway tracks on the Berlin side. An underground canal leads from this river to the locomotive shed area. It ends near the water tower in a deep shaft. Electric pumps are installed here to pump the water into the tower.
On the following picture you can see the course of the canal, indicated by a dashed line (picture source: Google Earth). 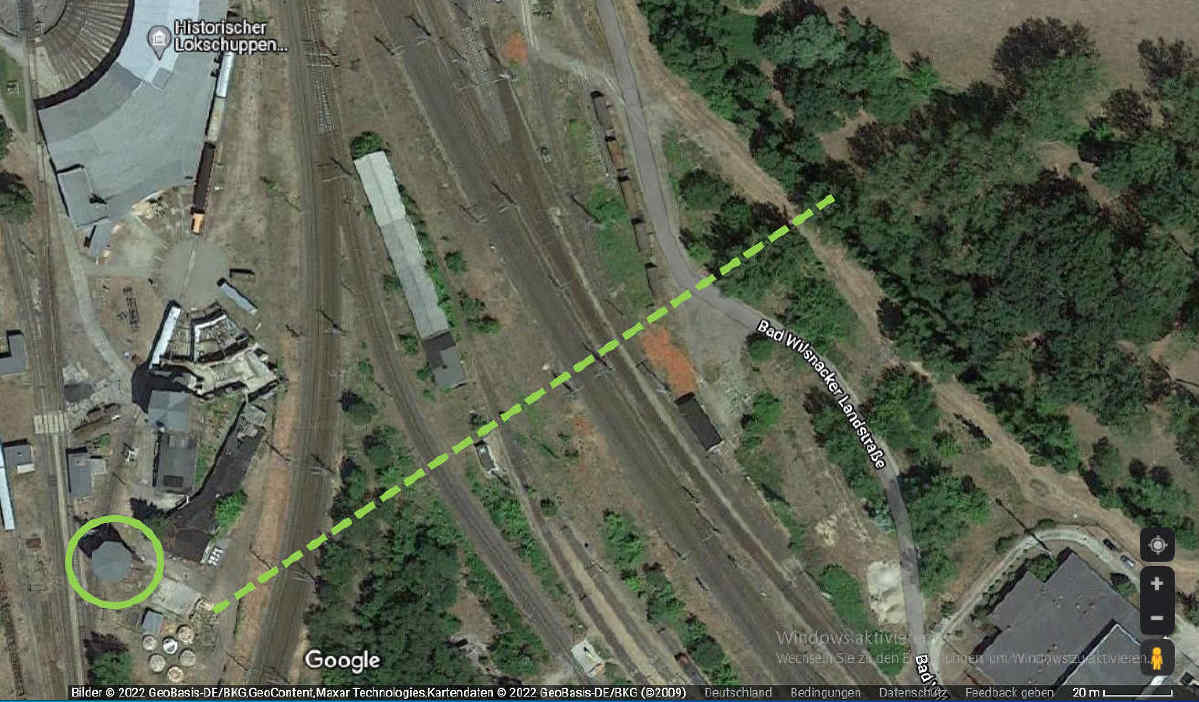 Unfortunately, the tunnel must have been damaged during the railway expansion in the early 2000s. It may have partially collapsed, because there is relatively little water left.
Therefore, we mostly help ourselves from the well on the museum grounds. The well shaft is located right next to the water tower. Visitors may notice here the brick rim of the shaft, which is covered with planks. In the meantime, a small fence has also been built around the shaft. 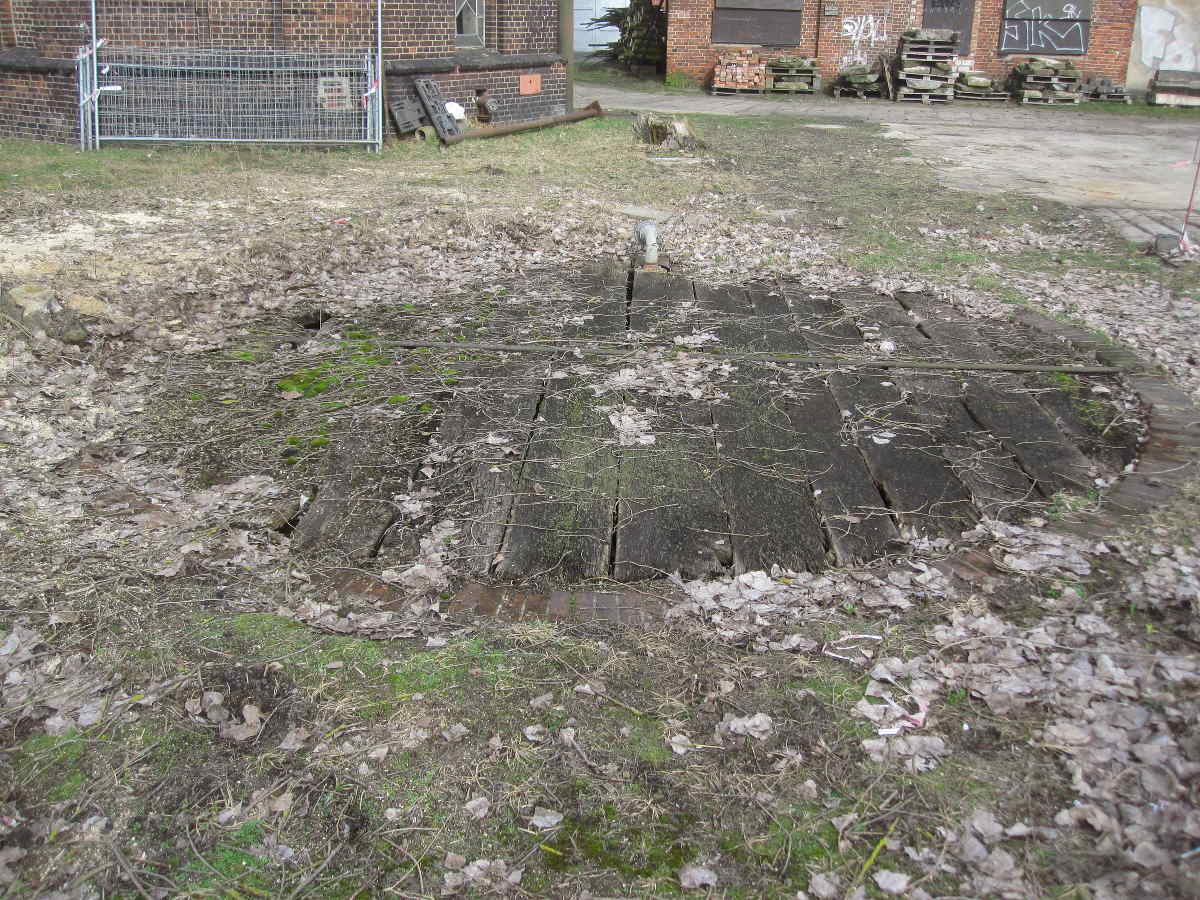 Next to the well shaft is the pump shaft. This shaft had been filled in with rubble and earth at the end of the 1990s because the water supply via the well was no longer needed. We uncovered it again after the opening of the museum and built a rather inconspicuous hut over it. 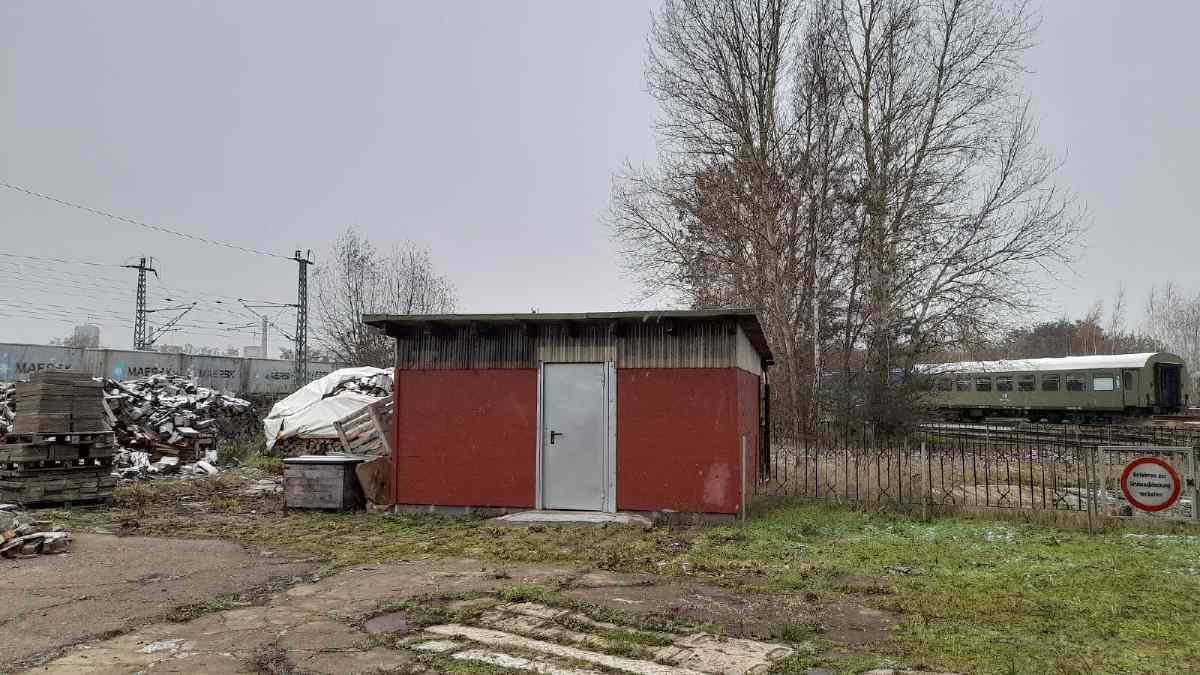 Let's take a look inside. 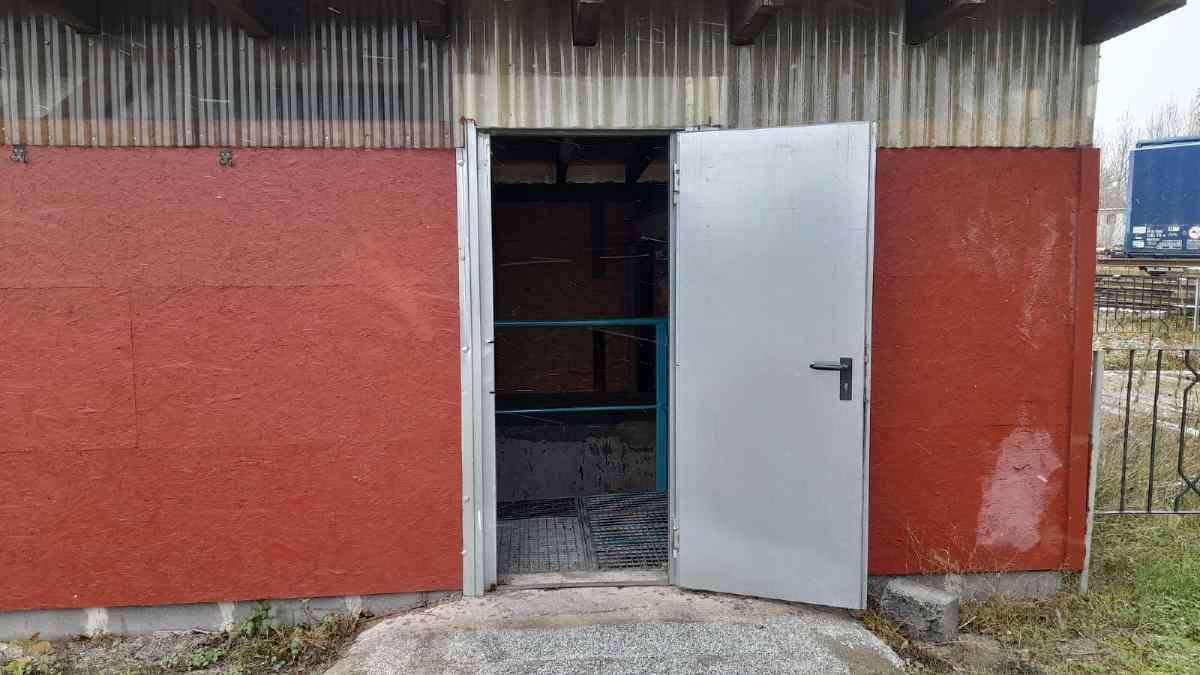 We can see a shaft about four metres deep, with a base area of four by four metres. We have built a new staircase, restored the suction pipe from the well shaft and installed an electric pump. 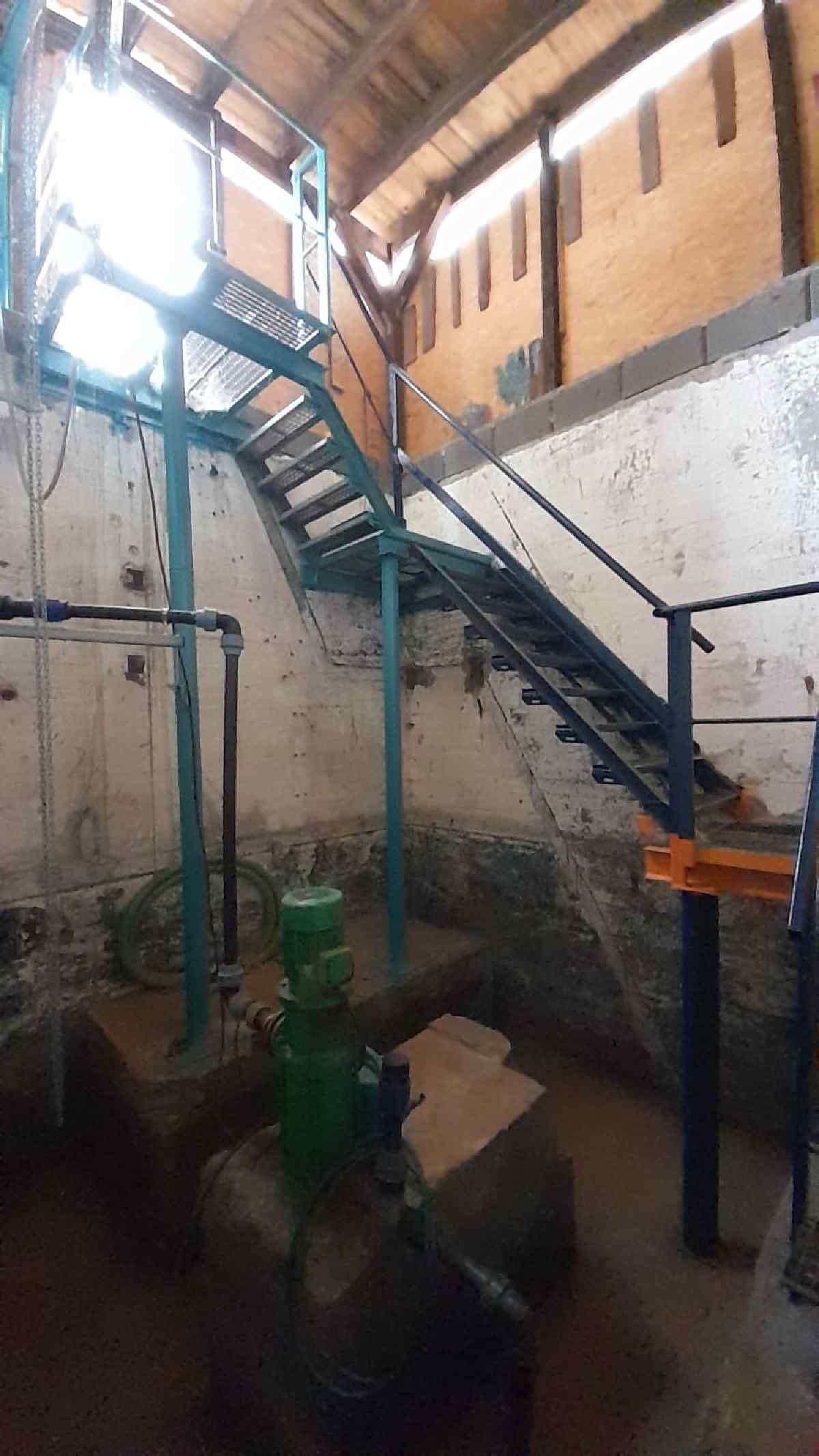 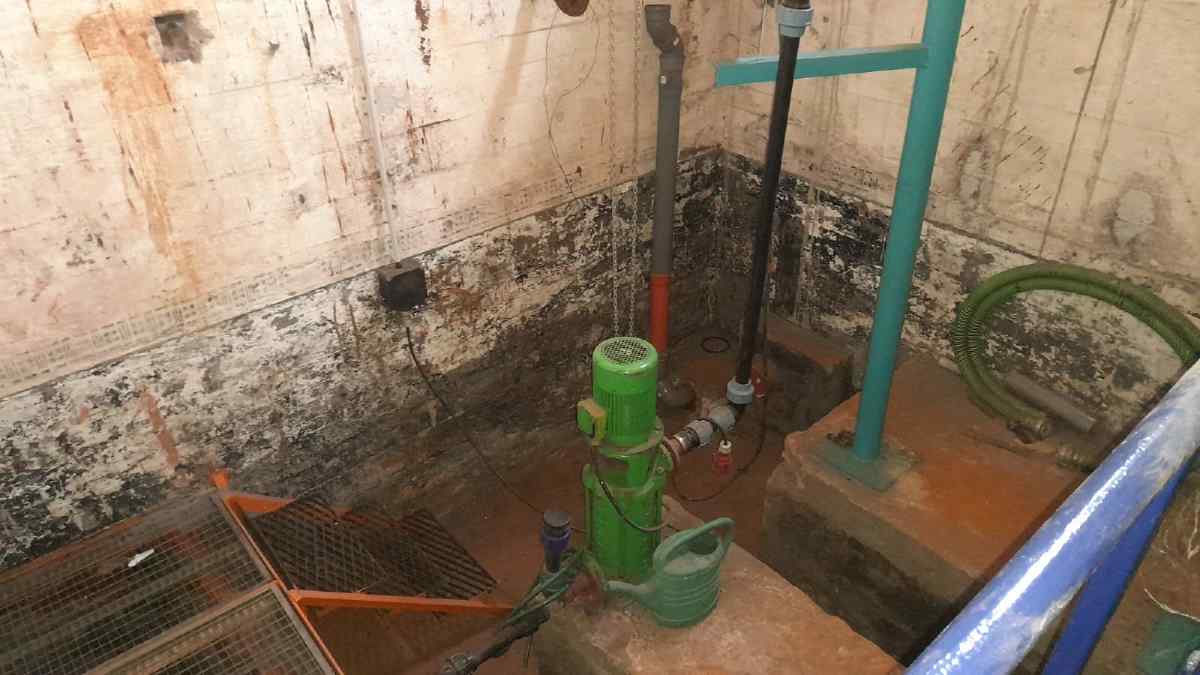 We also installed an electric chain hoist, which makes it much easier for us to change the pump. 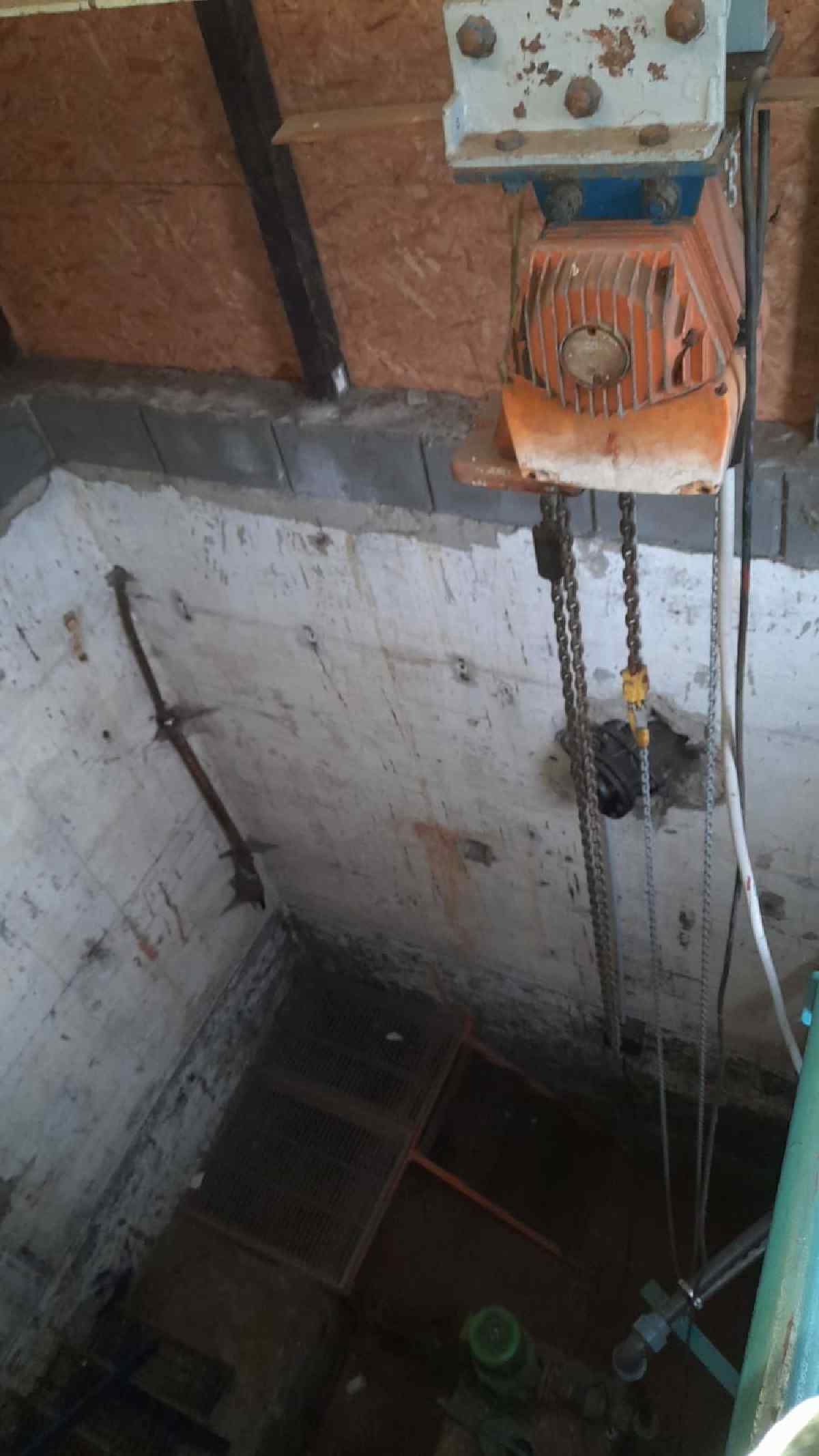 This way we are independent of the public water supply. For the chemists: Our water has a hardness (lime content) of 14.6° dH.
What else happened this weekend? After the end of the season, our operational vehicles have to be put into hibernation. Therefore, the boiler of the 50 3570 was washed out on Saturday. This means that the residues left behind in the boiler when the water evaporated are washed out with a sharp jet of water.
The deposits are mainly limescale, as you know it in miniature from your kettle or washing machine. To prevent the limescale from settling firmly on the surfaces, you might use limescale remover in the form of tablets at home. We use soda ash for this, which is added to the water in the tender in powder form and dissolves there. From there it gets into the boiler when the locomotive is running and there it binds with the lime from the water to form sludge, which settles at the bottom of the boiler. Since soda ash foams quite a bit and this is undesirable when operating the locomotive, a so-called foam brake is also added to the water. Locomotive crews can see how much soda has to be added by looking at the water cranes. It should be written there how hard, i.e. how calcareous the water is. Corresponding tables provide information on how much soda must be added for which water hardness. 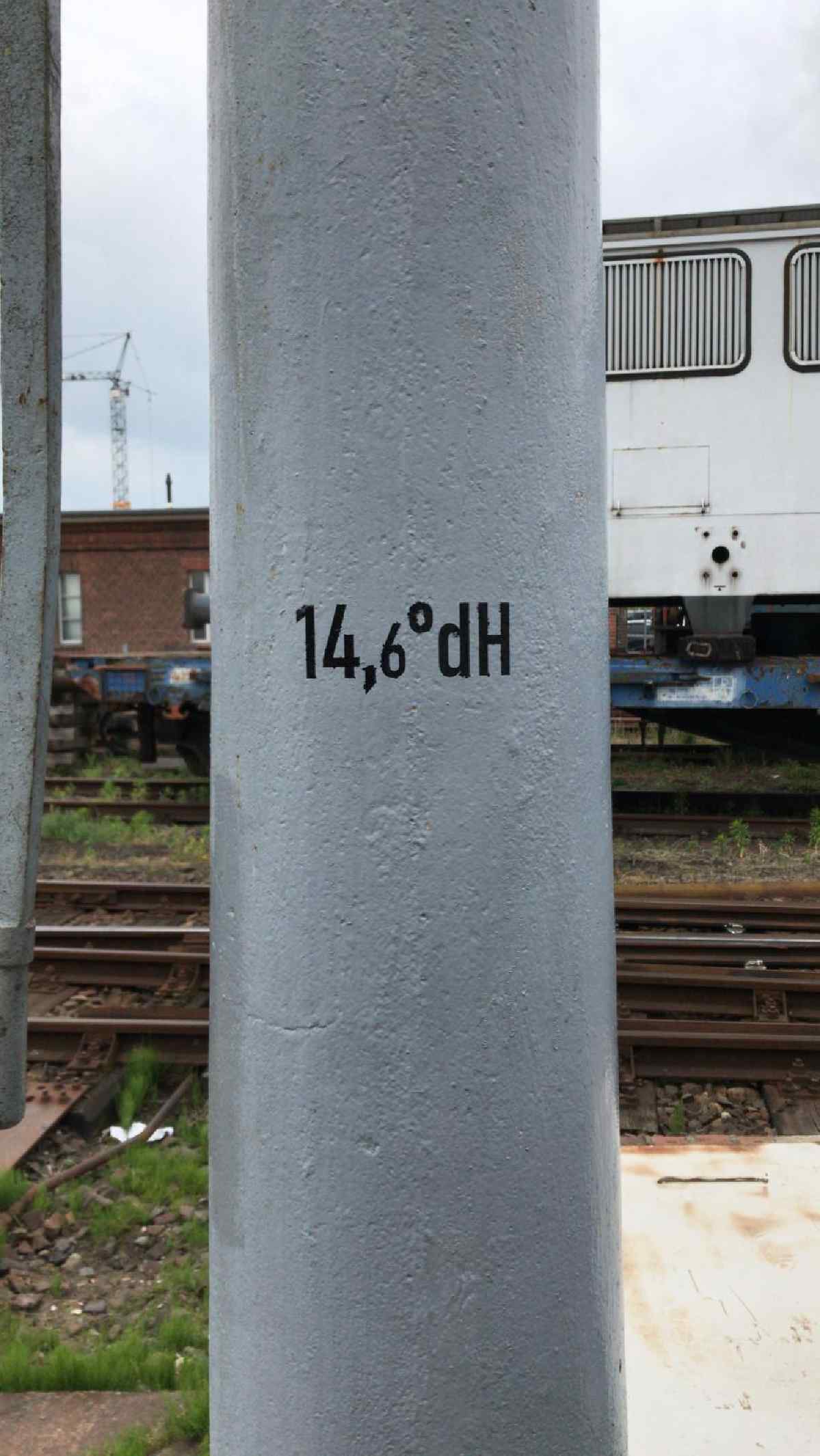 In the following pictures you can see some active people washing out the boiler of steam locomotive 50 3570 and the muddy water running out of the boiler. 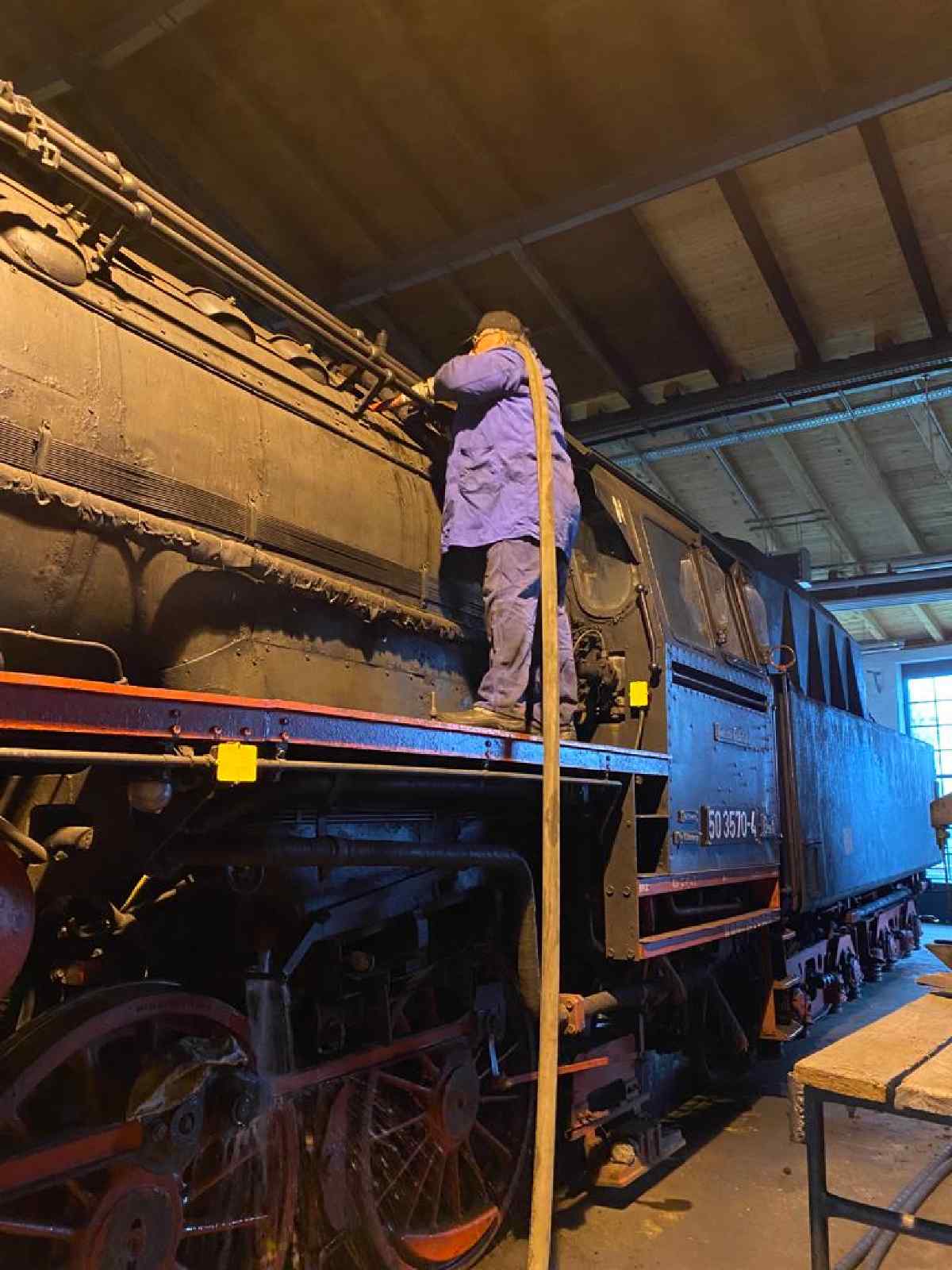 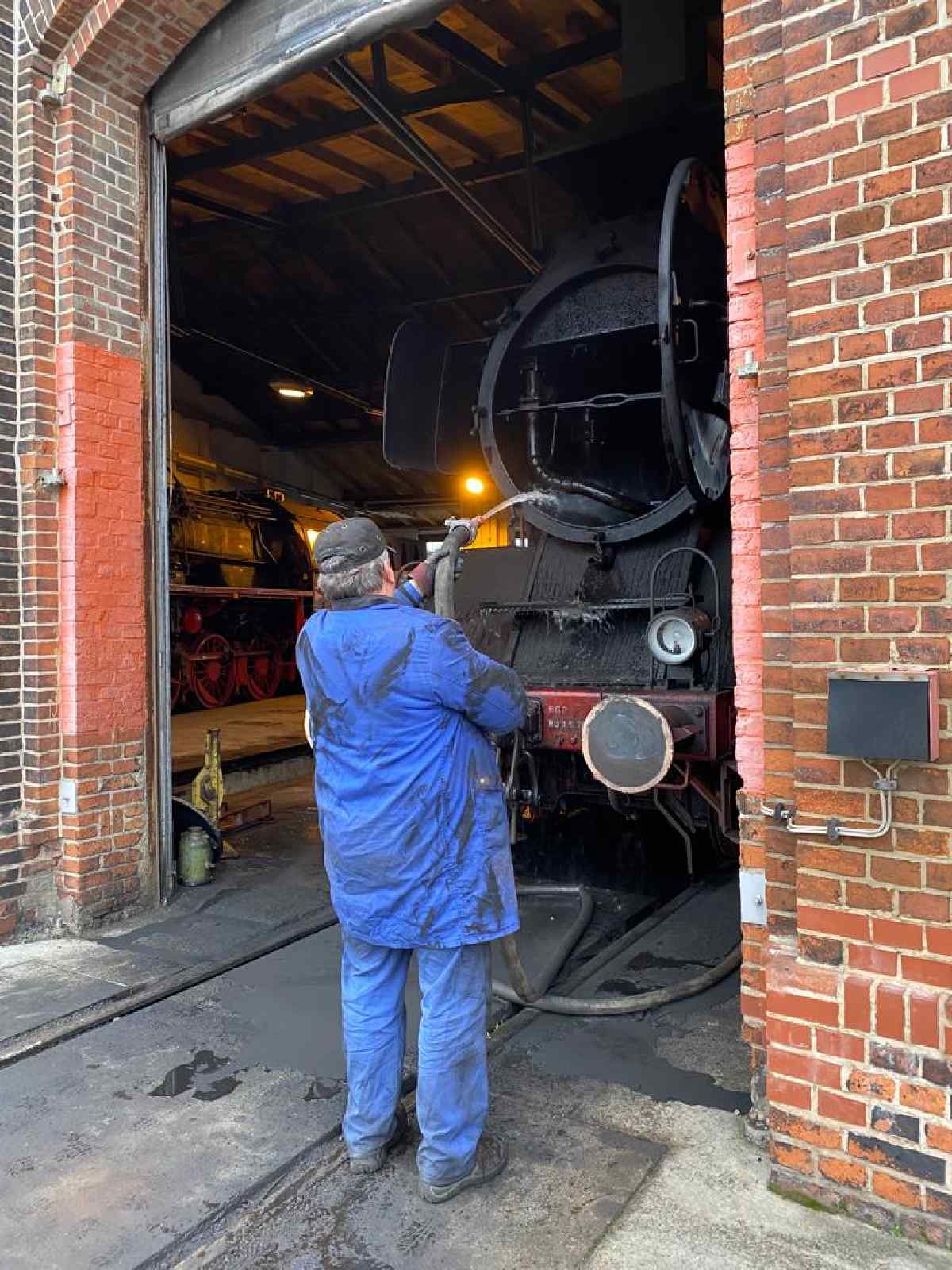 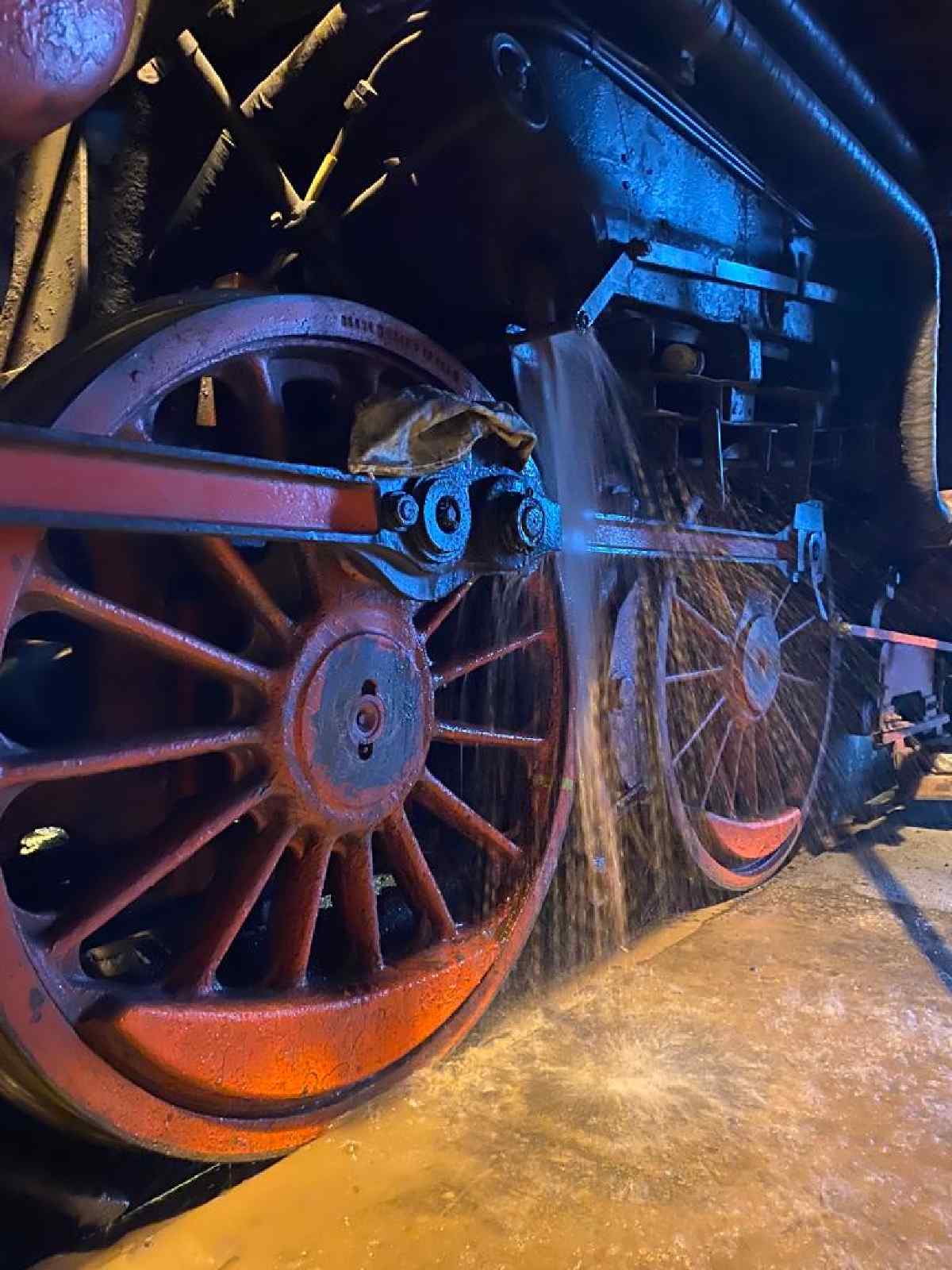