On September 5, 2018, diesel loco 102 172 arrived by low-loader, a new exhibit for the Historischer Lokschuppen Wittenberge museum. The machine is one of the German State Railway's (DR) 1021 class, a class which saw service from Wittenberge depot for over 25 years.
At the end of the 1960s, the DR was in need of modern diesel locomotives for light shunting and main line service. Based on experience gained with the machines of classes V 1510/V 1520 and V 23, the DR however planned on a further development. In collaboration with the loco builder VEB Lokomotivbau "Karl Marx" Babelsberg (LKM), a new 220 HP diesel loco was designed which was originally designated class V 231. While the motor and gearbox of the DR's class V 23 were utilised almost unaltered, the chassis, driver's cab and bodywork were all completely redesigned. In the interests of improved ride quality, the wheelbase for the V 231 was extended to 3,560 mm. Apart from that, the hornplate stays, jackshaft bearing and the wheel sets were strengthened. Series construction of the V 231 started in summer 1970 and the first examples were put into service by the DR in July of that year. By January 1971, LKM Babelsberg had delivered a total of 157 machines.
Their orange livery and angular shape earned the diesel locomotives of class 1021 the nickname of "garden sheds". In some railway depots, they were also known as "postboxes". Wittenberge depot was to receive six of these machines in autumn 1970, straight from the factory. Here, the diesel locos were not only used on light shunting and engineer's train duties, but also took charge of passenger and freight trains on the circular route known as the "Kreisringbahn" (regíonal ring railway) from Perleberg via Karstädt and Berge and back to Perleberg. Not until February 28, 1997 were the last three "garden sheds" withdrawn from Wittenberge depot.
By this time the machines, designated class 3121 since January 1, 1992, had lost a lot of their importance, and the Deutsche Bahn AG (DB AG) started withdrawing the little diesel locos in 1994. The last examples of the class were withdrawn in November 2001.
Diesel loco 102 172, with works number 265.072, was constructed in 1970 in Babelsberg. On acceptance on October 31, 1970, the machine Was allocated to Reichenbach (Vogtland) depot. There and at Adorf, Falkenstein und Werdau sub-depots, the class 1021 was required for shunting and other light duties. 102 172 was extremely loyal to its home depot; apart from a short guest appearance in Zwickau in the years 1994/95, it was allocated exclusively to Reichenbach (Vogtland). On July 2, 1997, the DB AG designated the loco, which since 1992 had operated under the number
312 172, designated the diesel loco to the fleet "awaiting decision", and finally withdrew it from service on October 30, 1997. On November 1, 1997, it had already been acquired by a member of the Lugau Railway Enthusiasts' Society and it later went on loan to the Eisenbahnfreunde Traditionsbahnbetriebswerk Stassfurt. When the loan agreement expired in 2014, it remained in Stassfurt. Then at the end of 2017 it was finally acquired by the Salzland Rail Service GmbH and they have now brought it to Wittenberge. Currently, 102 172 is only a rolling exhibit, but plans are in hand to return it to working order. 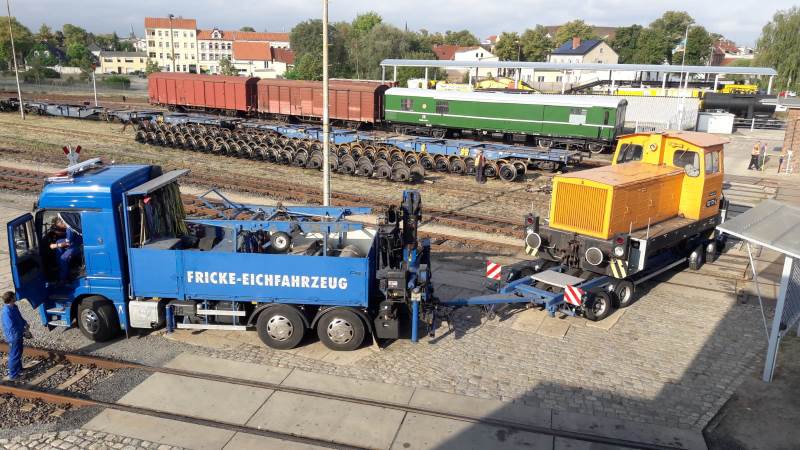 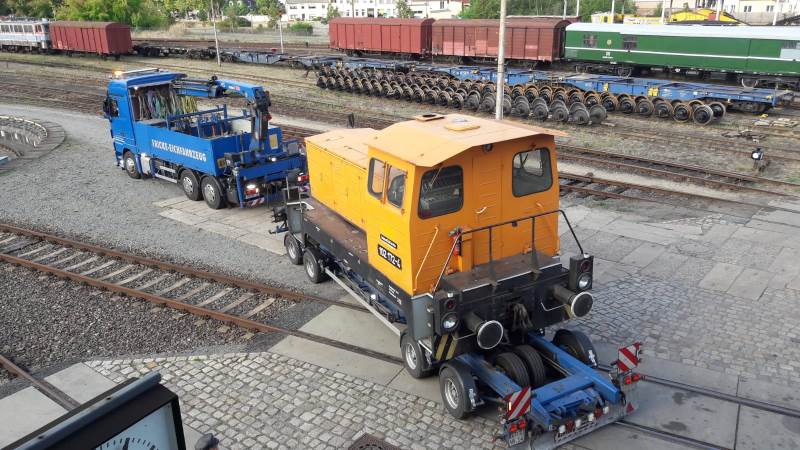 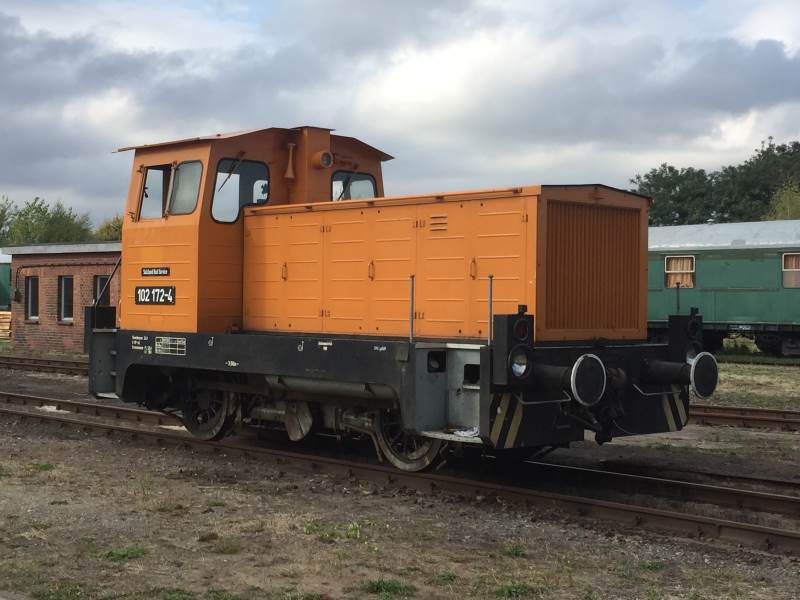 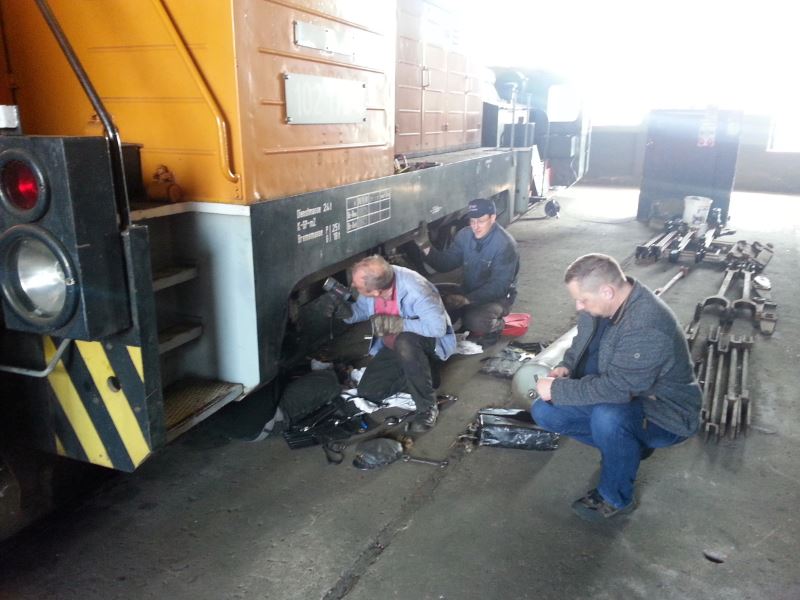 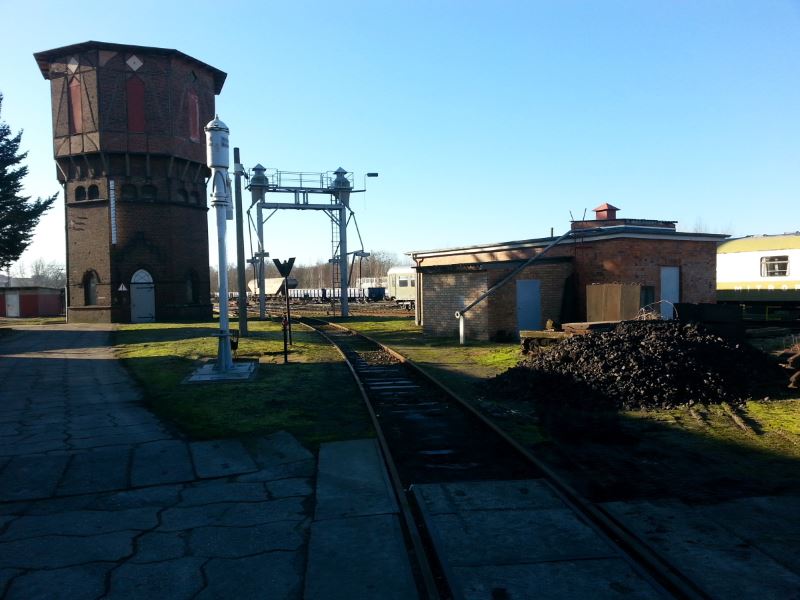