There was a rather unusual picture to be seen in Wittenberge today. When does a steam locomotive roll through the town? The mystery is quickly solved, because today the steam locomotive "Pritzwalk" was delivered by low-loader to the historical locomotive shed Wittenberge. The locomotive came piggyback from Meyenburg to take part in the museum's anniversary event on October 12 and 13, 2019. It will then be in steam and take turns with the museum's other locomotives in offering the popular driver's cab rides and will certainly also be given a place of honour in the vehicle parade, which will take place around 2 p.m. on the days of the event.
The small locomotive was built in 1912 by Henschel in Kassel as a shunting locomotive for a gasworks in Frankfurt. It was in service there until 1968 and was then displayed for decades as a monument, most recently in front of a model railway shop in Wuppertal. In 1999, it was acquired by the Prignitzer Eisenbahn, forerunner of today's Eisenbahngesellschaft Potsdam, and was recently returned to working order. The club members are most pleased to have the locomotive as a guest on the occasion of the club's anniversary.
The following pictures show the locomotive still on the special low-loader and after unloading under tow by a diesel locomotive on the turntable at the museum. 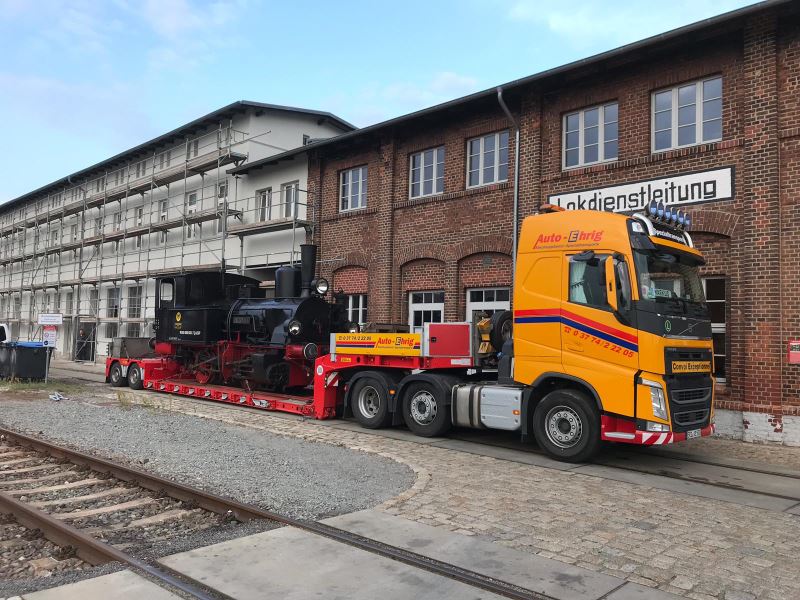 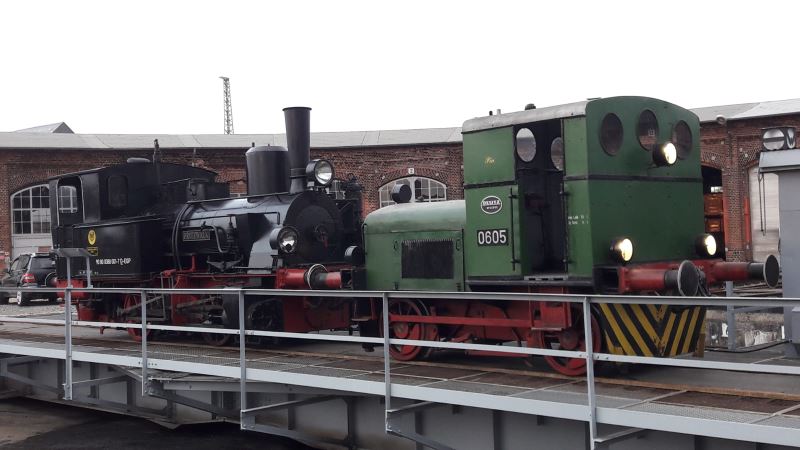 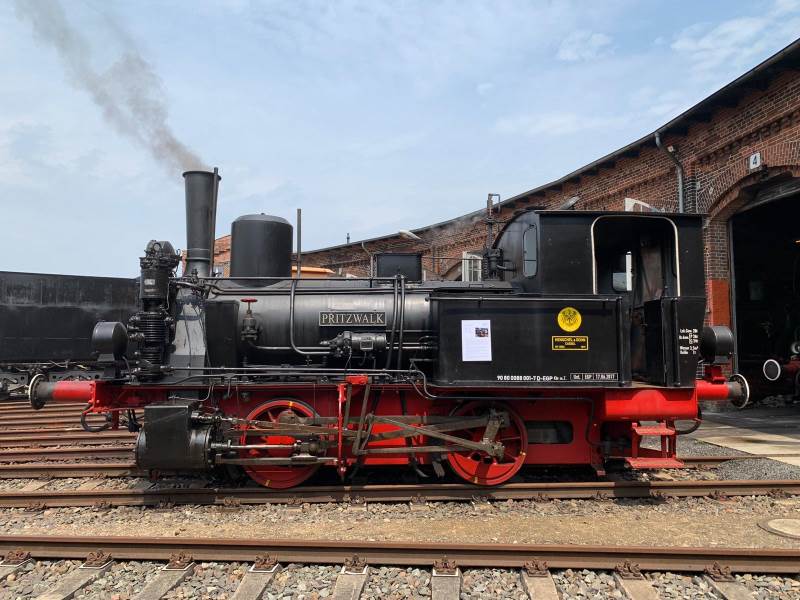 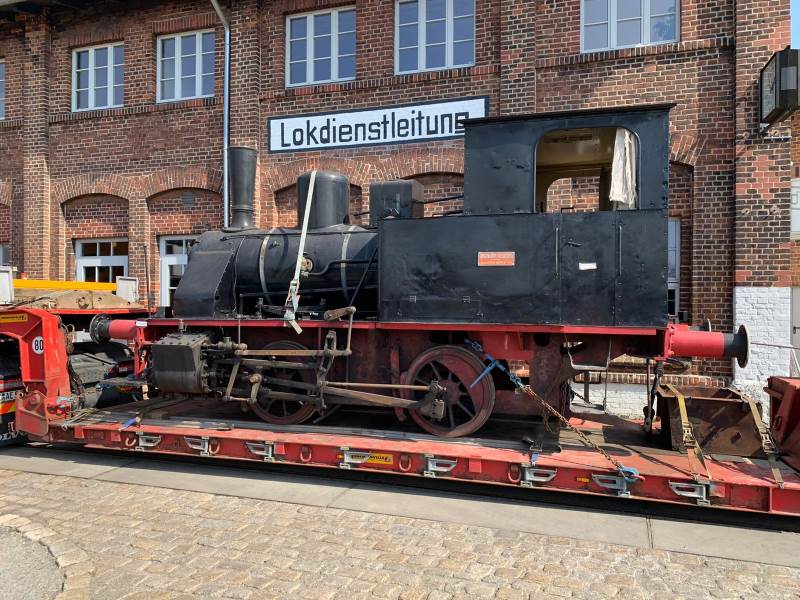